My passion lies in promoting health and fitness while helping others lead a long, happy, and healthy life. Beyond promoting good nutrition, physically active lifestyles, and consistent exercise; I am a huge advocate for mental health. As I mentioned in a previous article (Beyond Blue), this factor is often overlooked when considering ones overall health status.

Many people view psychological disorders differently from other diseases such as cancer or heart disease; but the reality is they are just as serious, and just as commonly end in death. Like cancer, there are treatments, but some begin too late and fail to save the diseased individual.

According to the World Health Organization (WHO), someone around the globe commits suicide every 40 seconds. In the year 2000, 815,000 people lost their lives to suicide — more than double the number of people who die as a direct result of armed conflict every year (306,600). For people between the ages of 15 and 44, suicide is the fourth leading cause of death and the sixth leading cause of disability and infirmity worldwide (World Health Organization, 2002).

While catching up on the world’s news this morning, I came across this heart breaking, eye opening story which I felt compelled to share. A young woman by the name of Natalie recently took her life after a long battle with mental illness. 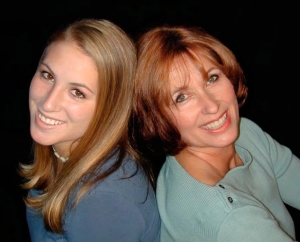 My daughter, who lost her battle with mental illness, is still the bravest person I know

I was more than taken back by this story, and my heart goes out to Natalie and her family, as well as anyone who has lost a loved one due to mental illness. I truly believe –as the article suggests- that psychotic breaks are not sudden, but are rather a climax of a long buildup. If the body can become ill; so can the mind. Educating yourself on topics related to mental health will help you get a clearer understanding of the diseases, and hopefully detach the social stigmas surrounding them.